But, as always, everything in order. In January I trained well and of course I was a little disappointed that I couldn’t go to Beijing, because the Olympic Games are something very special. But just the fact that I had the chance to qualify was hard to believe. Shortly after my disk surgery, the Olympics just seemed so far away.

Even though I couldn’t be there, I was of course rooting for my teammates in front of the TV. Of course, the fact that the boys actually won team gold topped everything. And now Krafti also has an Olympic medal – after all, I’ve already had mine since 2014. 😉 And the silver medal from Fetti is also really cool.

I was able to use the time during the Olympic Games quite well to train further and therefore I collected points for the quota in the Conti Cup. I will especially remember the trip to Iron Mountain, Michigan. It was my first trip to the USA and definitely a cool experience. It was especially cool that I could even jump on the podium once with a 3rd place – again a confirmation that our plan works.

After that I went to Brotterode-Trusetal in Germany, where my jumps were okay, but overall I didn’t really like the hill. But that’s how it can go sometimes. It was all more easy-going in Norway. The hill in Rena suited me better and I could jump on the podium on both competition days. That was really cool, four really good competition jumps in a row!

But the highlight in the Conti Cup was definitely my victory in Planica last weekend. To be on top again is a wonderful feeling and I am extremely grateful for that. The past months have been a long process and a really special time, which is why I am even more pleased that the path I planned with my coach Patrick has gone so well so far.

This weekend I’m still competing at the Conti Cup in Lahti and after that the focus is fully on ski flying, because I collected enough points for the quota in the last weeks. Ski flying is simply an indescribable feeling and I can hardly wait until it starts again. Also I hope you have time to watch us live or on TV on the big hills in the next days and weeks.

See you next time,
Michi 🙂

Our plan was successful! 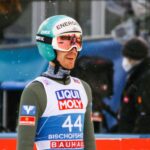 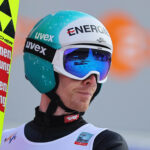 My special winter is over
Scroll to top